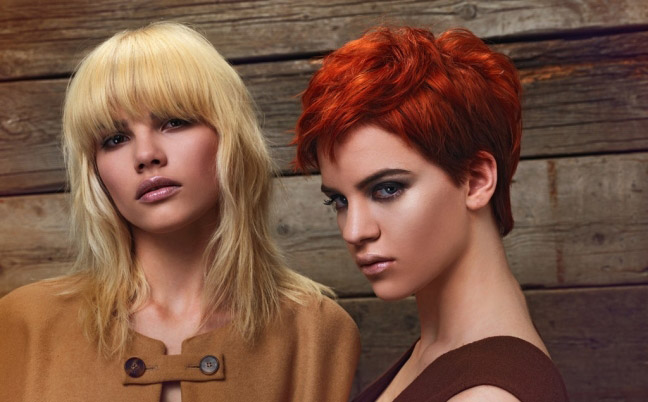 This is inspired of course by our icon, Blondie, who as a punk idol, expressed her non-conformity through her lyrics.

In this look, the presence of the blonde tones is not used to try to achieve a natural colour; on the contrary, it seeks fantasy and daringness in colour. It is a dazzling blonde that will not go unnoticed and it is a complete declaration of intent: a battle-cry for women’s liberation.

A shoulder-length cut with aim of giving a compact effect, to go with a slightly graded colour and a striking fringe at eye length. 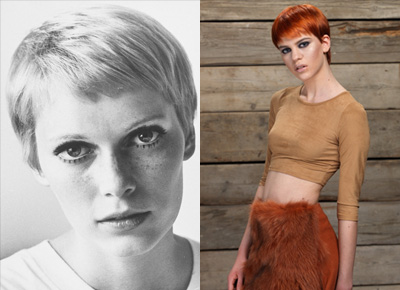 The colour of this look gives it strength, power and vibrancy, making it stand out. A sense of movement is achieved with this short cut thanks to the eye-catching parting that gives it a polished and controlled line.

Cutting off your hair can have a lot of different meanings if we start with the idea that the hair is a part of the anatomy with an extremely high symbolic value. For men it has meant power while for women it has been related to sexuality.

Short haircuts have always been shied away from because of the air of masculinity they bring with them. In this case we see a cut that emphasises the model’s femininity and the penetrating stare of a strong woman. This look was inspired by Mia Farrow, who marked a turning point for the short haircuts and turned it into her personal banner and one for women’s lib.