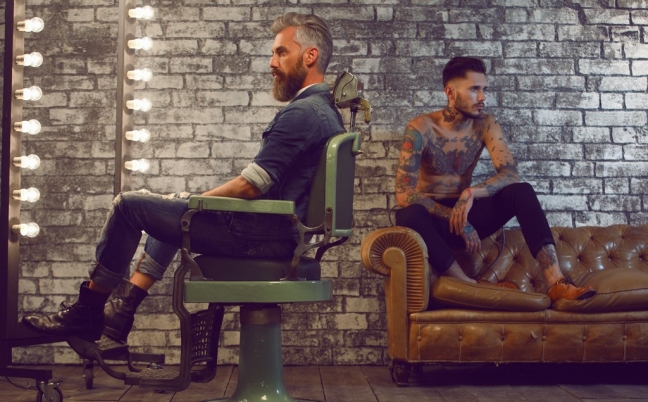 Guys who express their non-conformity are making huge steps forward this season. Tattoos, beards and, above all, a natural air are their hallmarks.

We can see how much they feel at ease through the lack of hair colouring, something that went out fashion a long time ago that is now more noticeable than ever this season. He who naturally sports silver tones is endowed with a look of authenticity and sensuality that only a man who is comfortable in himself can carry off. This confidence is given off by his beard which, though traditionally thought to be sign of slovenliness in a man, has now become a symbol of personal style and sweeping masculinity. A well-groomed beard is a must-have for all the “loco” guys this season. 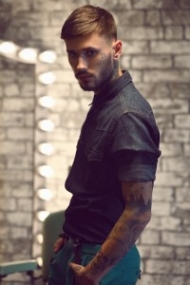 This man is the unmistakable creative type who we see on the streets every day. This statement made us choose a model who represents all the values that the man of the season embodies.

What we are looking at is a man with a striking complexion and a tattooed body, but there is also something sweet and soft about him. This mix of strength and sweetness creates a look that is just as attractive for men as it is for women.

In the case of our model, he has quickly become a total icon on social media, where 80,000 followers are keeping up with his every move. Who said looks are not important? 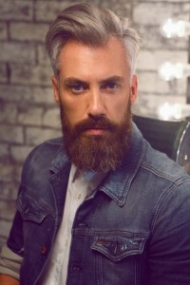 Self-confident men are the stars of this season. In this case, the look is a declaration of confidence, purpose and strength. The well-groomed beard creates a masculinity that overflows with sensuality and passion. As far as the hair is concerned, we have made a point of not colouring his hair, which, as we said before, has already gone out of style for men.

Uncoloured hair does not necessarily mean ungroomed hair: this is a paradigm shift as far as beauty is concerned, going back to basics. Grey hair is beautiful, and it has always been that way, it was just hidden under a layer of dye, which has thankfully now disappeared.

Something we should also point out about choices for the tints is the luscious beard the model is sporting, the naturalness it gives off, it could not go with a different colour palette, and that is why we opted to complete this look without any colouring at all. Salt-and-pepper hair and beards come together in an ode to the masculinity and naturalness of mature beauty.